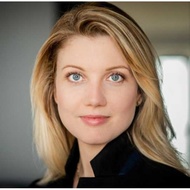 Nicki Clyne
Politics • Writing • Culture
This is a space to share stories, thoughts, and ideas that the rest of the world can't handle. Meet other free speech enthusiasts and talk about controversial or taboo topics with grown-ass adults.
Interested? Want to learn more about the community?

I don’t normally talk in the third person, but when I do, it’s for alliterative purposes only.

First, let me say thank you for sticking around during my brief interlude between posts. I’ve had to deal with a lot since the new year and, to be perfectly honest, it left me a little depleted in keeping up with content creation. I didn’t tweet for weeks, which, if you follow me, you know is a huge departure from the norm, and I started to really ask myself why I was doing it in the first place. I also asked myself whether I would feel okay if no one ever knows the truth about my story.

The answer I came up with is twofold. Will I be okay if no one ever knows the truth? Yes, I will be okay. I know the truth and I have reflected long and hard on every decision that has led me to where I am. I wouldn’t change a thing. That doesn’t mean I haven’t learned and won’t choose differently in the future, but I’m grateful for the wisdom I’ve gained through my experiences. Nothing and no one can take that away from me. At the same time, because of how destructive the lies in the media and the court have been, to me and people I care about, I feel a moral obligation to expose the truth. So, while I will be okay if no one ever knows, I will not be okay if I don’t try.

Having said that, it is not always easy. And when you threaten to expose people who have lied, they become extremely motivated to silence you. In addition to the daily threats and defamatory comments I get on social media and in my inbox, I’m also being sued in federal civil court. I’m being sued by people who used to be my friends, people I trusted, and, ironically, some of the very people who are responsible for my involvement in ESP and NXIVM. The hypocrisy would be comical if it wasn’t so unjust. I’ll admit, having a sense of humor about all this is one of the only things that keeps me sane, but it doesn’t take away the enormous amount of hurt, betrayal, loss, and hardship I endure due to the salacious narrative and the persistent efforts of the people who profit from it. I am representing myself pro se in the legal case and figuring out how much I can share publicly. My hope is that I can share a lot, and soon.

I am working on finding the balance between creating, protecting, and fighting. The energy it takes to build is one thing, but the energy it takes to build within a shitstorm of hate and suppression is, well, it’s a dance. It's a dance I'm getting better at with practice, and gradually learning to surrender to the music, aka reality. Surrendering doesn't mean agreeing, not at all, it just means accepting that we live in a world where people would rather be entertained than informed, and humanity and liberty have become mere inconveniences in the scramble for comfort and power. Expecting it to be different would be naive. We've lost the plot on a global and in that respect, I don’t take things personally. I know I am not the only one suffering in the ways that I am, and certainly not in the harshest ways possible. I have it easy compared to many, the knowledge of which motivates me more than anything.

Thank you all for your continued support... More to come! In the meantime, here are some photos from a trip I took to see gators in the Everglades :) 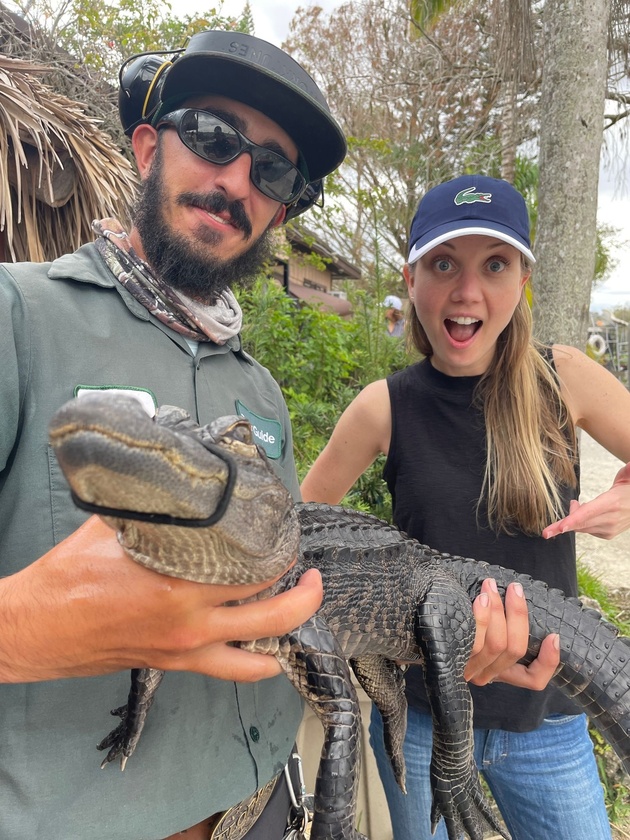 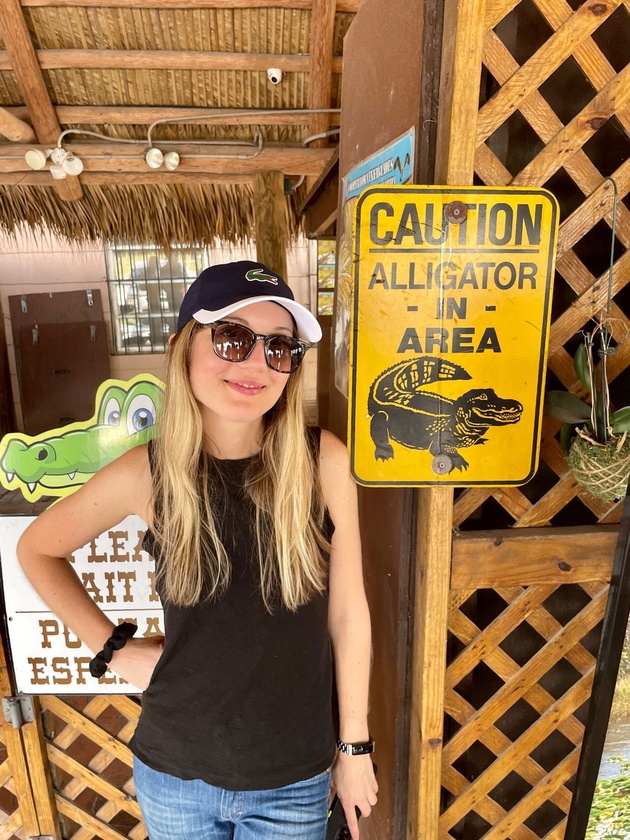 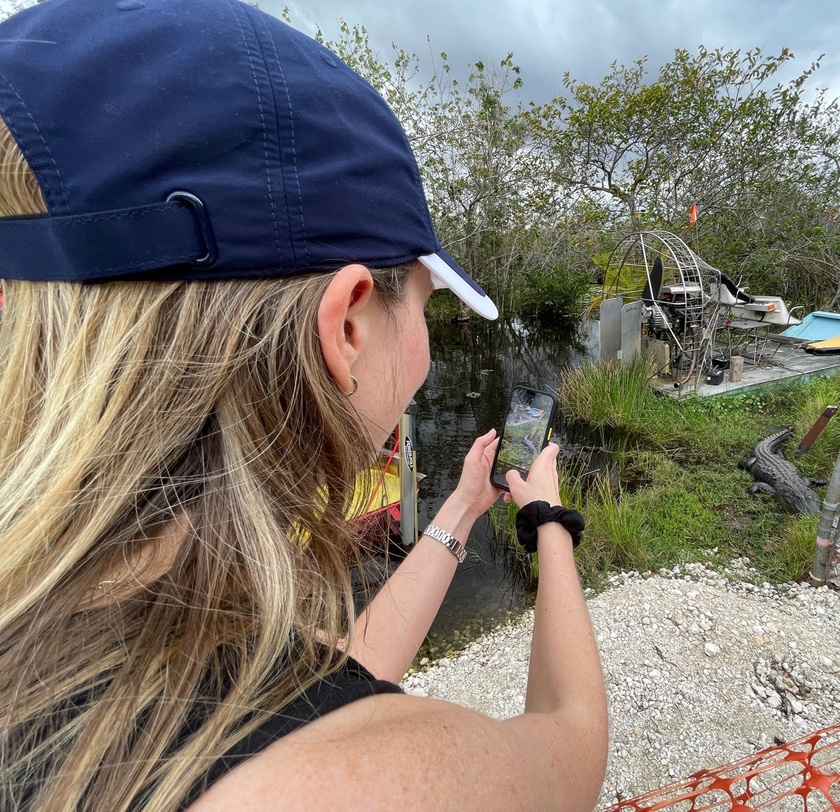 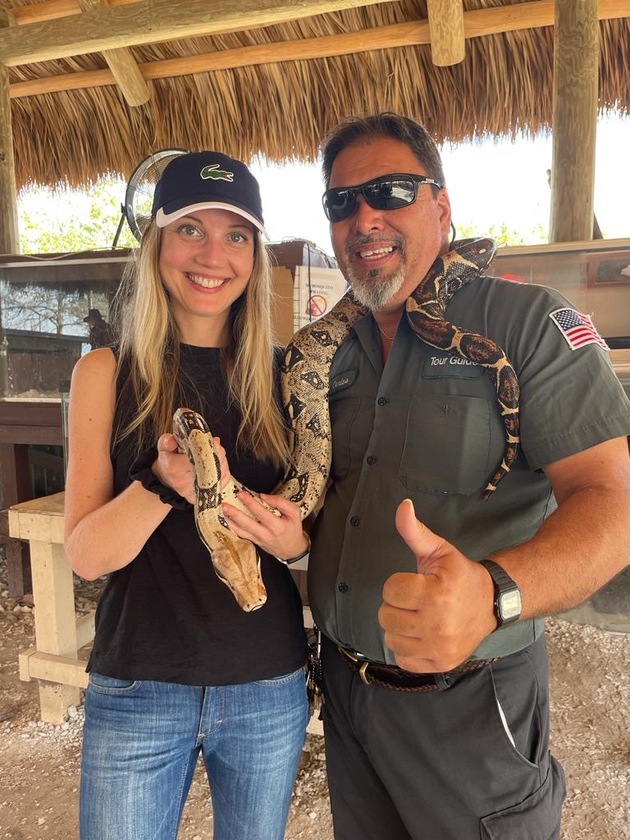 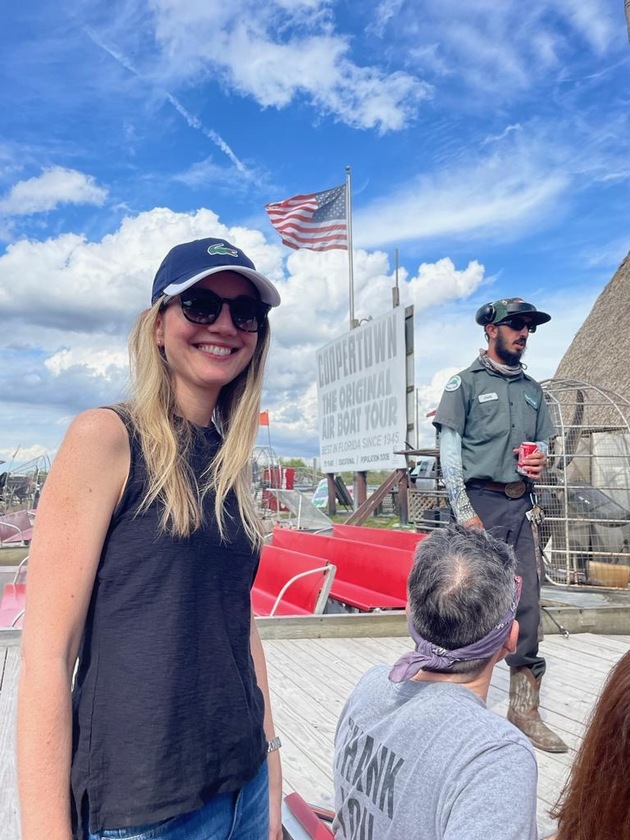 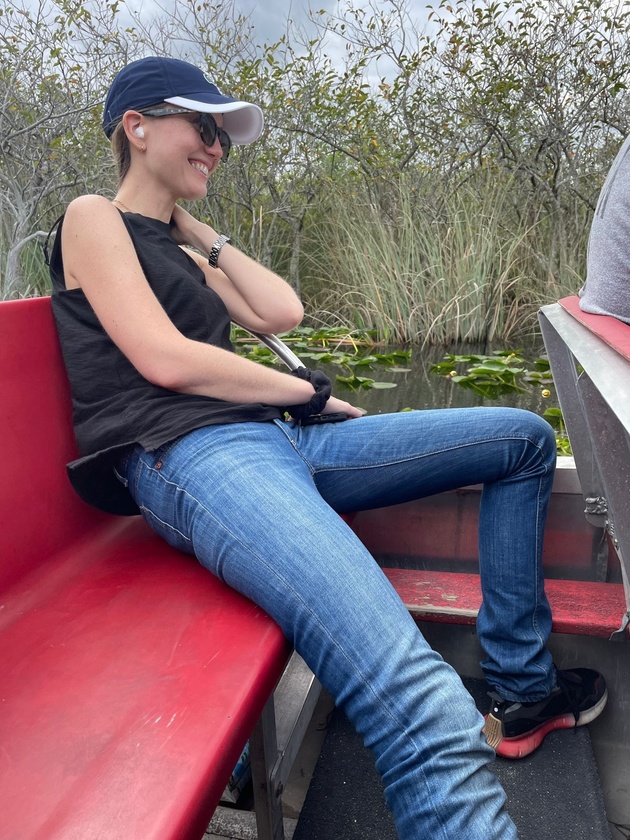 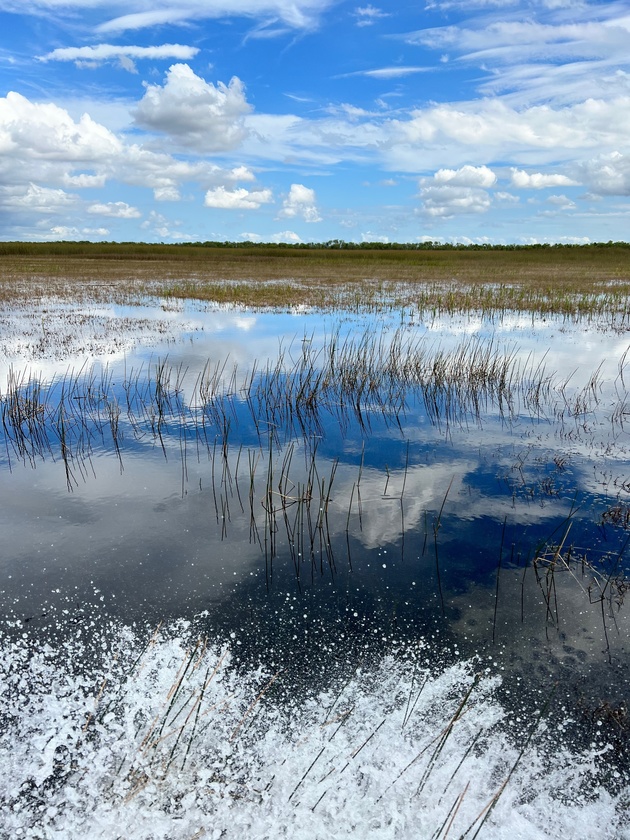 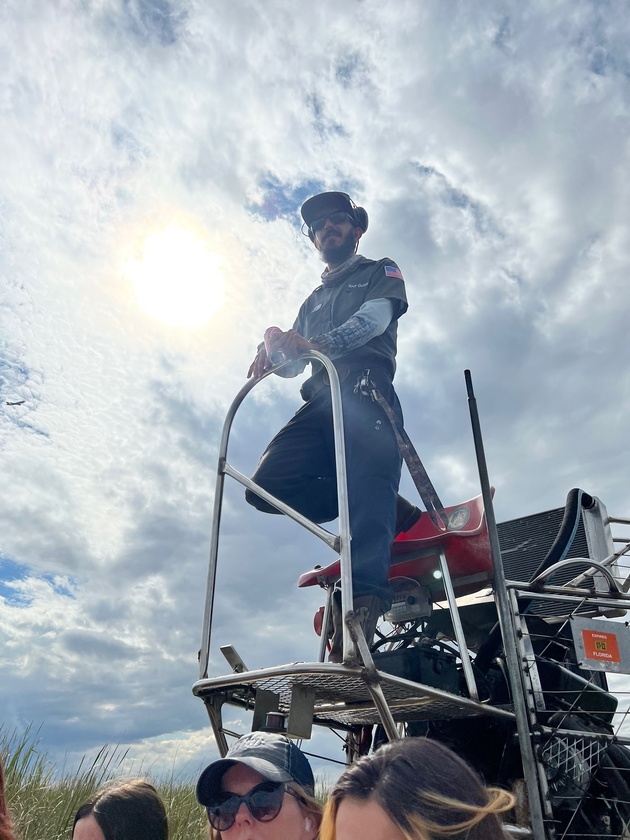 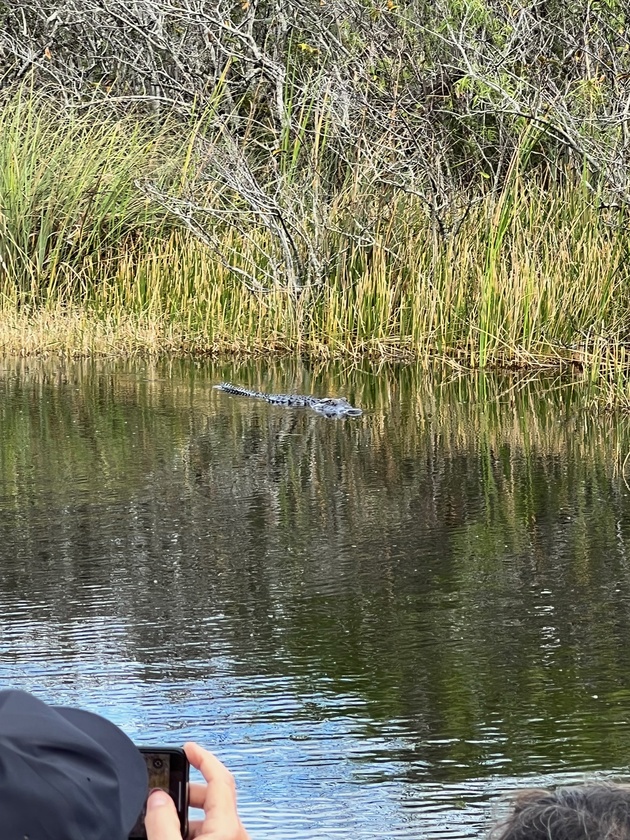 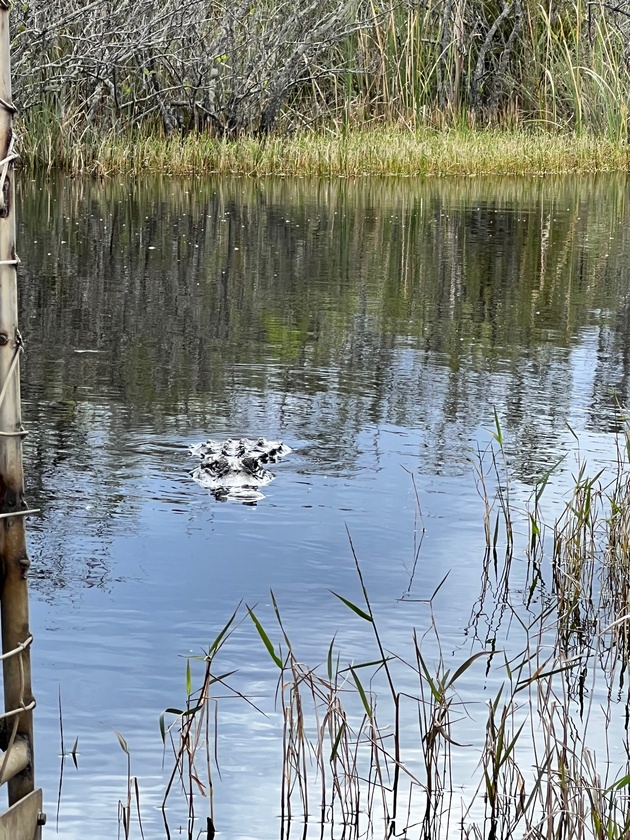 Nicki Clyne@nickiclyne
June 02, 2022
Had a visitor in my backyard tonight

I always ask a lot of questions about prison life. I have heard so many stories at this point — from the most heartbreaking to the most beautiful and life-affirming. Recently, I received a letter containing, well, a bunch trash, and I'm excited to share it with you!

True story and possible pro-tip if you talk to people in prison:

When you get phone calls from federal prison, it shows up as a Washington DC number and "Potential Spam" (at least on iPhones). To avoid missing these calls or mistaking them for spam, it's best to save the number in your phone. If you only know one person who calls you from prison, this is easy to do. But, if you're like me, or maybe a lawyer, and you get calls from several different people from prison, you can't save it as one name. At first, I saved the number as "Federal Prison" because, well, that's where the call was coming from duh.

I'm not around a lot of different people and my friends know I talk to people in prison, so I never thought about people peeping my contacts. However, one time I was hanging out with my friend's seven and nine-year-old kids, I got a call from prison and one of them read it. "Why is the prison calling you?" His face and tone showed visible concern. I explained that it was someone in prison ...

… in the East Village and thinks to herself, wow that trombone player looks a lot like Coleman Hughes. Only to find out, it is! 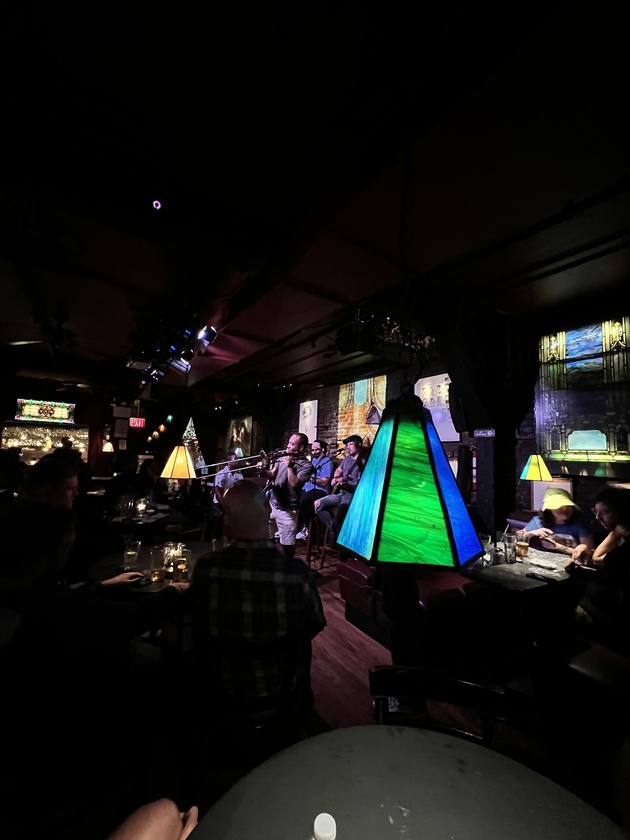 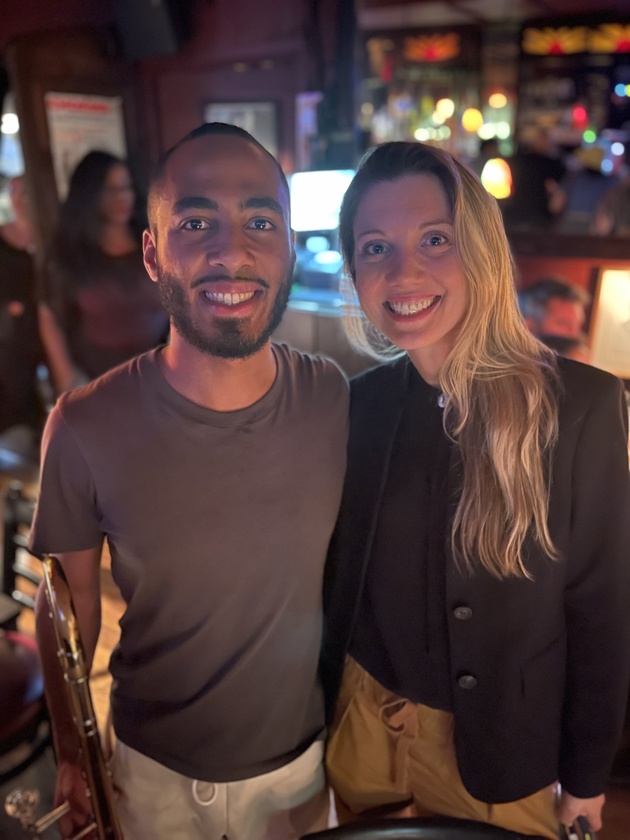 You asked for help getting your message out. I have a friend, his channel is VERY small (only 8ØØ subscribers), but he LIKES taking hard case matters.
¿Should I put you two together?

After my life was decimated by a false media narrative (just Google NXIVM), I've come to realize that the only way to get the truth out is to do it on my own terms. But this community isn't just about me and my story, it's a place where anyone who has been 'cancelled,' defamed, wrongfully accused or even imprisoned can share their stories. It is a space for anyone who cares about free speech, due process, and constitutional rights. You know, just what this country was founded on. Nbd.

I wouldn't wish what I've been through on anyone, but I've learned a lot and it's made me who I am. I hope my voice can be a source of strength and hope, and rise above the chorus of haters who do nothing but complain and blame. I believe we all make choices in this life and we can either use them to build wisdom or resentment. I choose the former. I suggest you do too, but it's really up to you.

I will talk about NXIVM, DOS, being investigated by the FBI, my past life in Hollywood, Battlestar Galactica,...